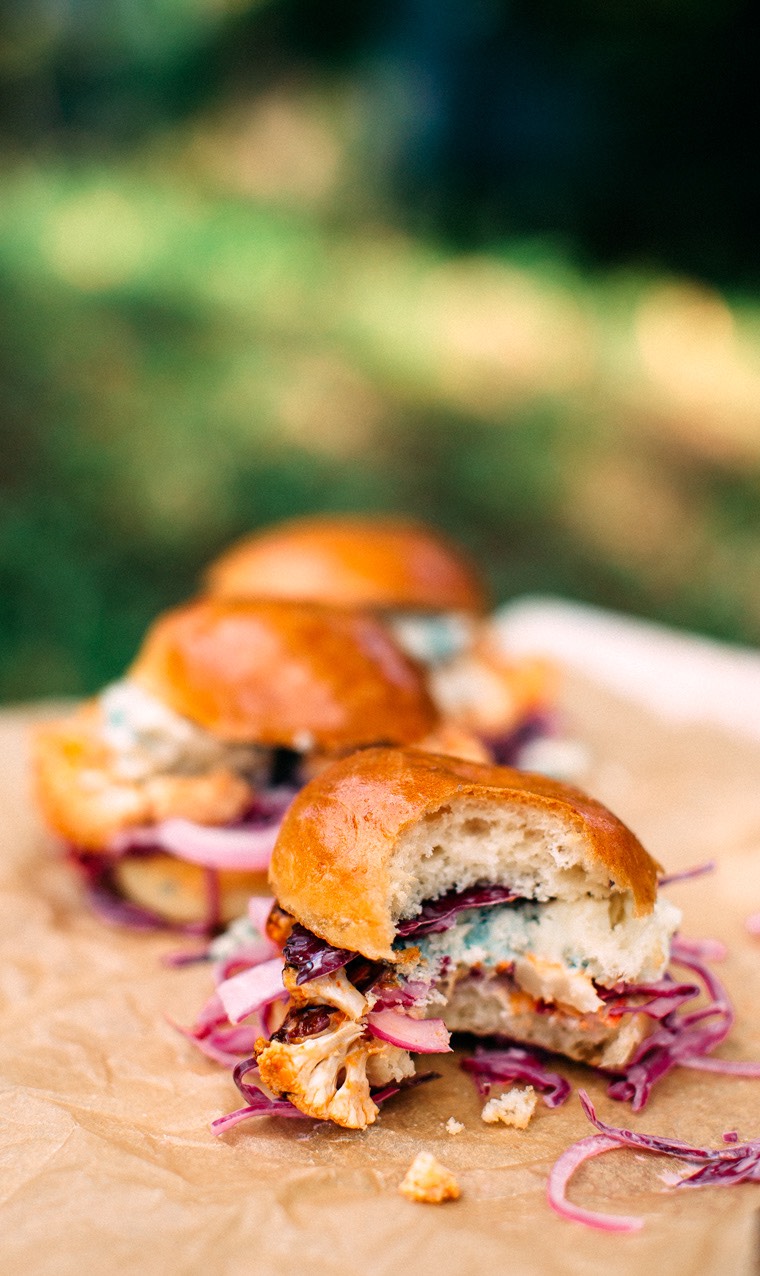 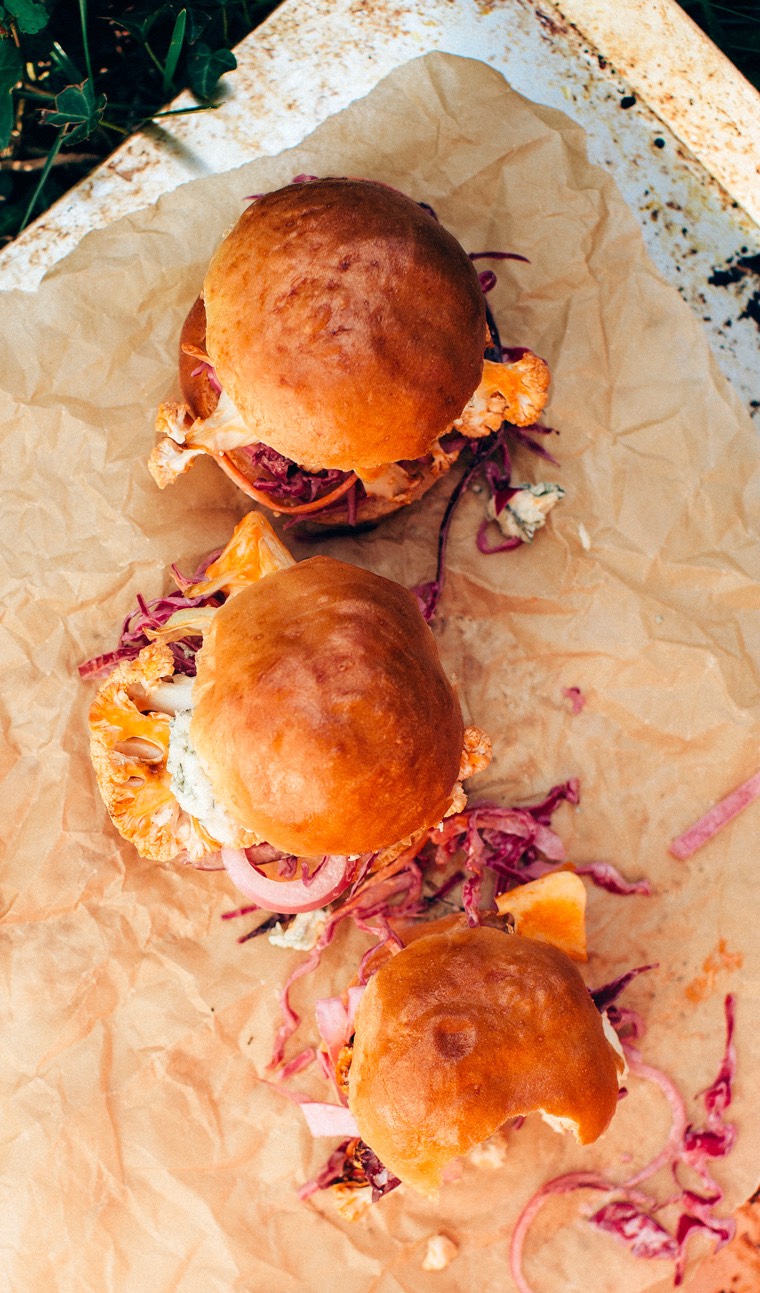 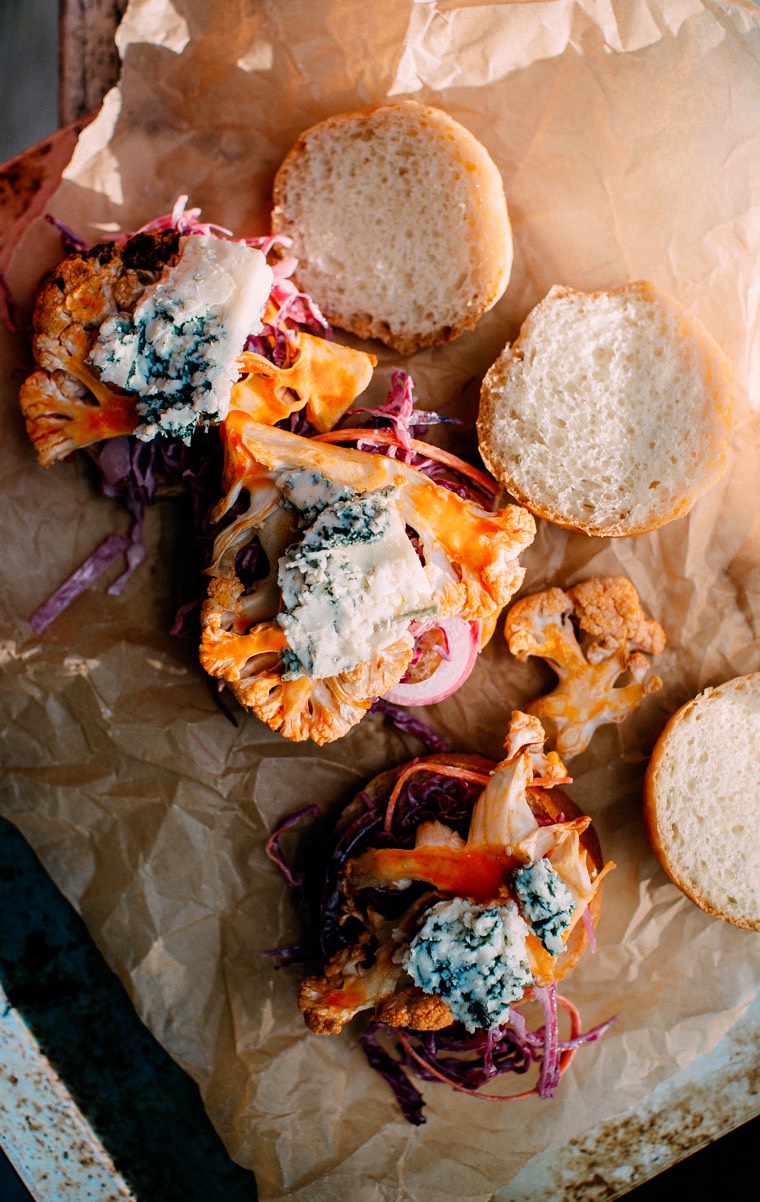 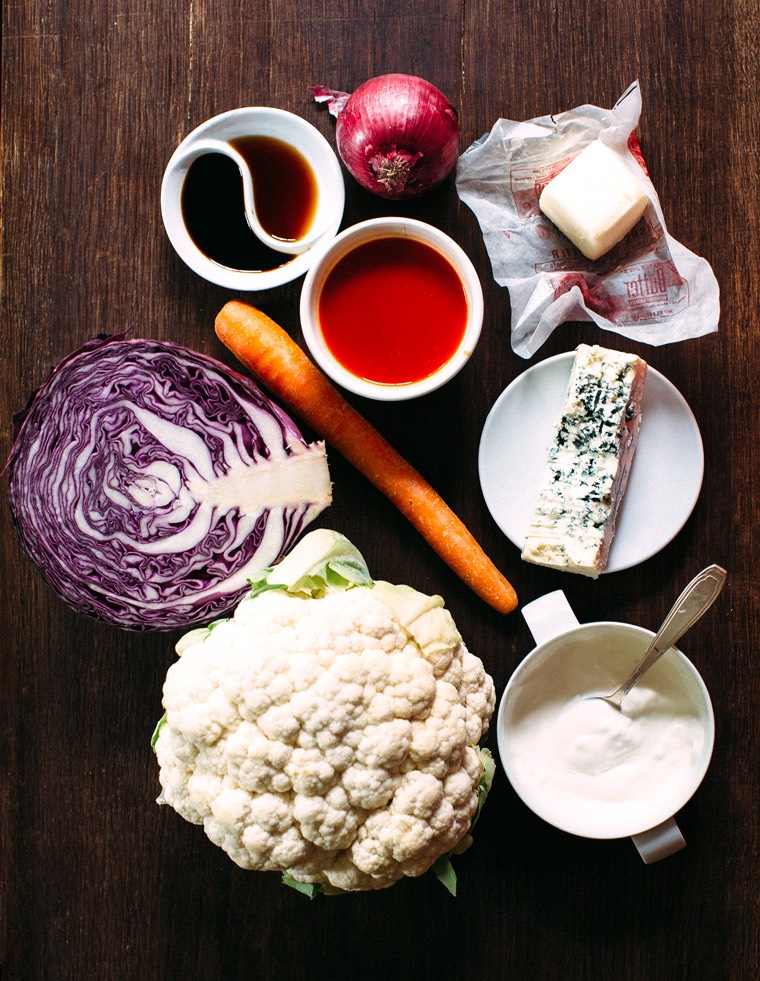 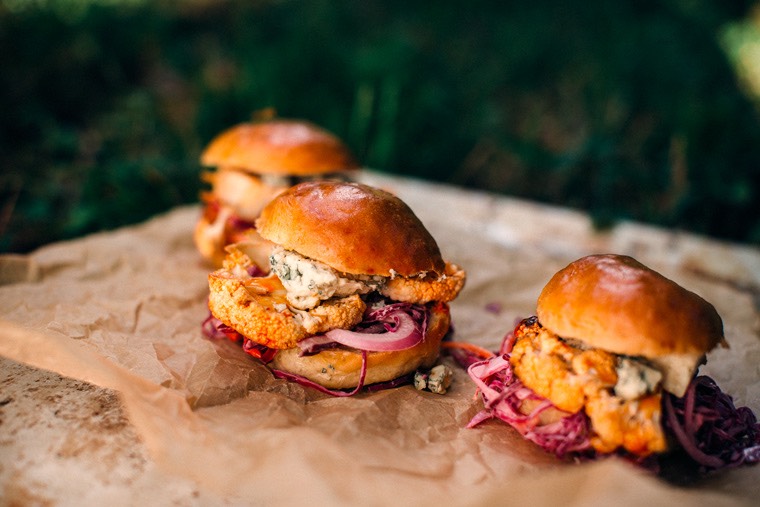 And just like that it’s fall. Everything gets showered with golden light (including these cauliflower buns). I found this little poem and thought it summed up all my feels for the changing season:

The whiskey stink of rot has settled
in the garden, and a burst of fruit flies rises
when I touch the dying tomato plants.

Still, the claws of tiny yellow blossoms
flail in the air as I pull the vines up by the roots
and toss them in the compost.

It feels cruel. Something in me isn’t ready
to let go of summer so easily. To destroy
what I’ve carefully cultivated all these months.
Those pale flowers might still have time to fruit.

My great-grandmother sang with the girls of her village
as they pulled the flax. Songs so old
and so tied to the season that the very sound
seemed to turn the weather.

Ingredients for the Buffalo Cauliflower

Ingredients for the Creamy Cabbage Slaw

When my sister was in undergrad she traveled to Italy for a semester to “study” abroad. (L…